The Lick series developed from a recurrent thread of my practice 'grooming'. The cow, pig and sheep tongues that spawn these drawings suggest the impossibility of speech, crime and punishment and the voice of the animal.  Subtle differences between each tongue consist of faint creases, small cuts and slight disparities of thickness and length.  The similarities allow a dialogue on the process of printing itself to enter the frame, as the slight variations in pressure, ink and handling become apparent.  Rolling and compressing the dense muscular organs, the prints incorporate the cuts, tears and butchered flesh evidently ripped from a body.  In single, monoliths of pear-shaped bodies, shoulders, waists and bottoms, multiple references disrupt the imagery.   Each torso portrays a distinctive stance and character, carried in connotations of costume. 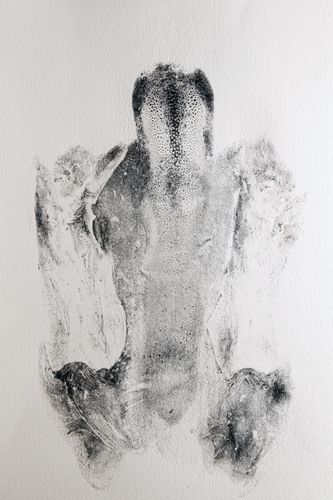 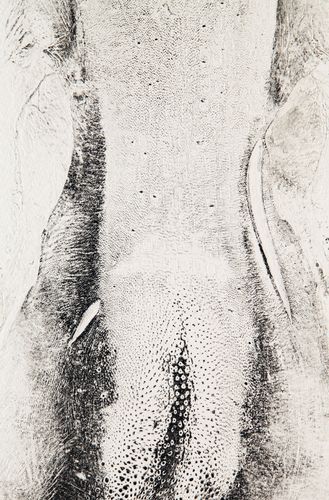 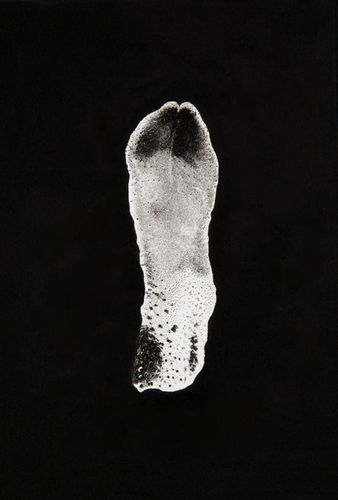 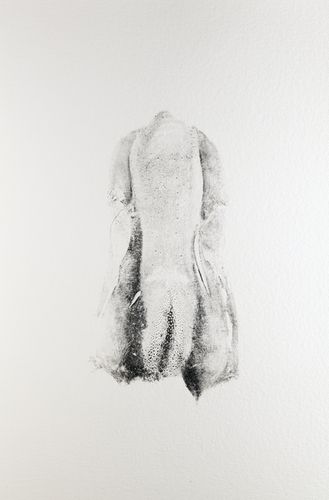 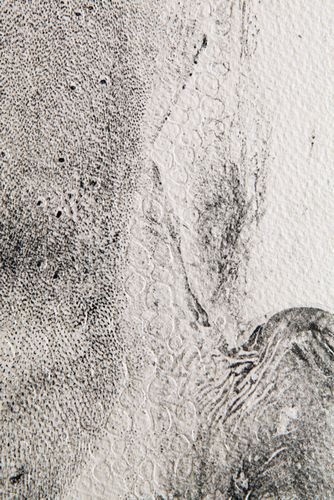 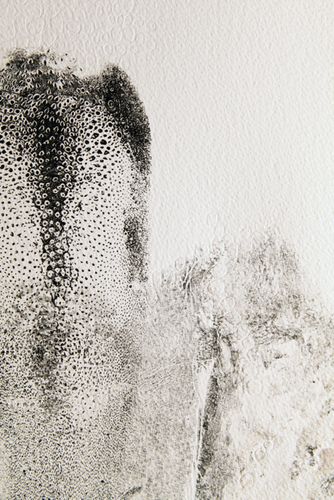 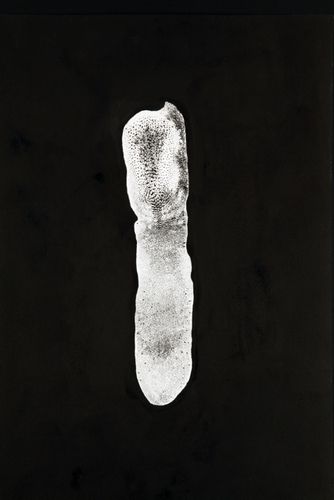 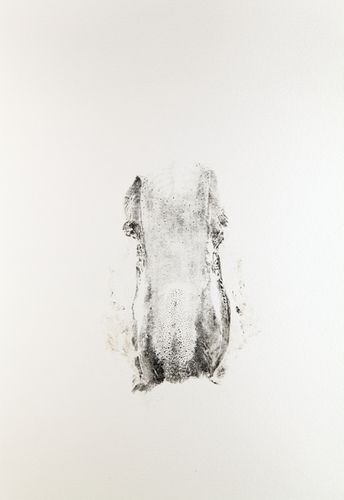 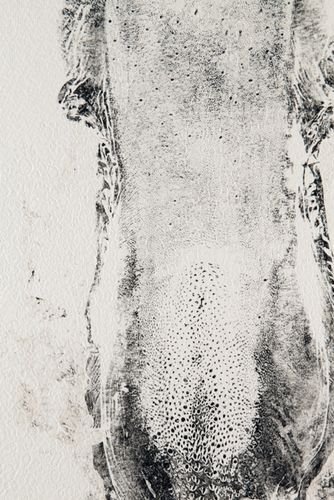 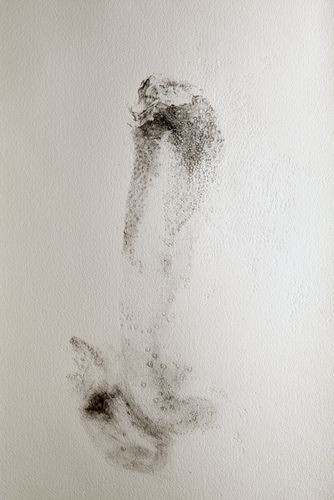 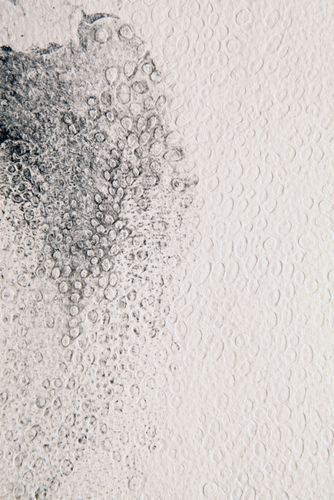 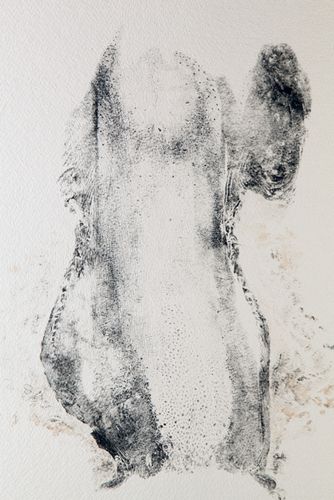 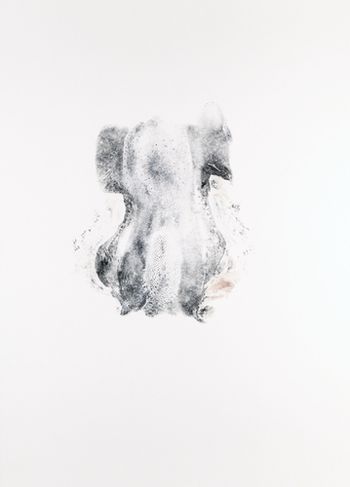 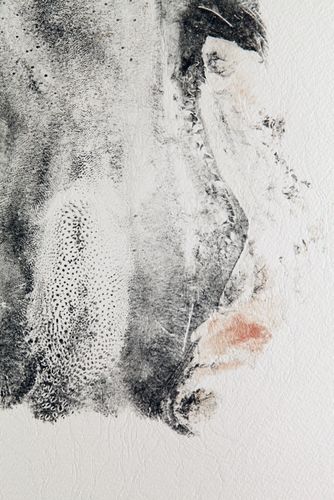 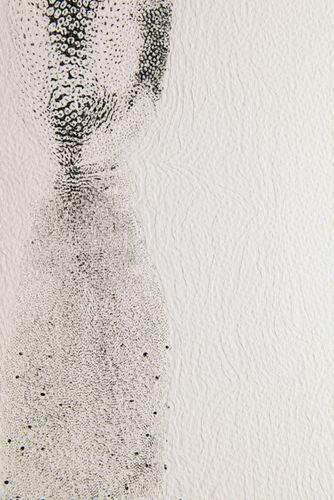 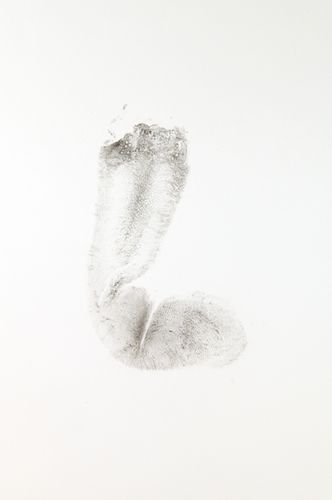 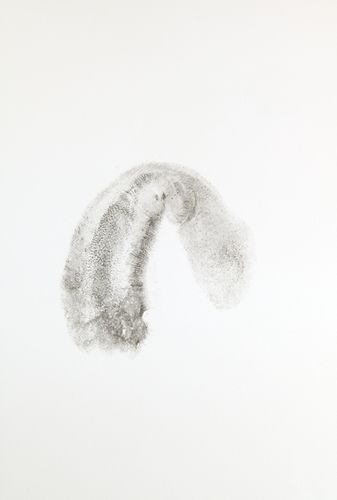 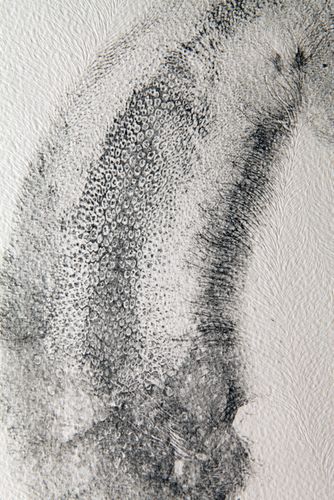 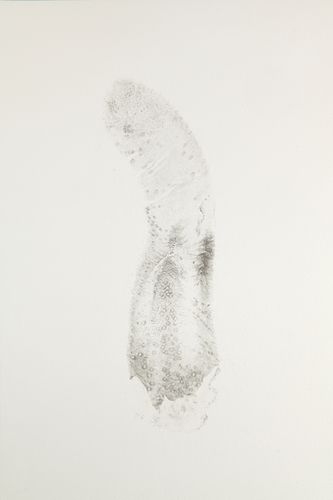 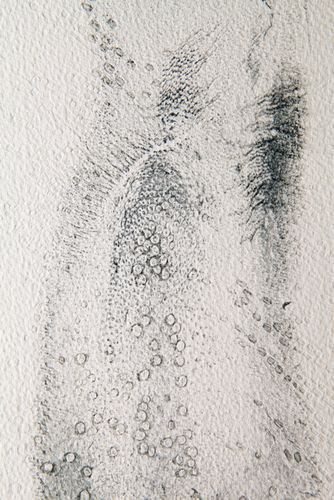